The night was cold.  Kelly could see his breath as he trudged across the parking lot to take the nightly readings on the gas pumps.  Jim was inside behind the counter.   He had just finished mopping.  “If we’re lucky we may get out of here on time tonight,” Kelly thought.  He was anxious to get home.  His day job started at 6:00 AM and he needed some sleep.

One by one Kelly read the meter on each gas pump.  He wrote the numbers on a familiar form, held by a worn clipboard, then reach into the box he carried for one of the padlocks.  With a loud click the padlock closed around the pump handle and held it securely in its place.  Kelly was almost finished when he heard the sound of a car pulling into the parking lot.  “I hope they don’t want gas,” he sighed without turning around.  But by the sound of the tires on the pavement he knew that the car had pulled up to one of the pumps he had already locked up.  He called out over his shoulder, “You’ll have to pull up to the next pump.  I’ve already locked that one.” Kelly turned around to see a middle-aged man nod and slip back into his seat.  He pulled the blue station wagon to the next pump.  Kelly noticed that there was a woman in the passenger seat.  She seemed ready to open her door.

Suddenly the ground began to shake.  It felt like there was a huge train passing through the parking lot.  “But the tracks are miles from here,” thought Kelly.  Without warning a bolt of lightning hit the center of the parking lot—but the brightness didn’t subside.  It was brighter than any summer day.  The light seemed to come from all around them.  It was in the air itself and it lit up every object as if a thousand spotlights were shining on it.  Where the lightning had struck stood what looked like a man.  His face and hands had the brilliance of lightning and light danced across them.  The man wore a suit made from the whitest cloth Kelly had ever seen.

“Aliens!”  The man in the blue station wagon had spoken.  Kelly looked over to see the couple crouched behind their car.  The woman was shaking badly and crying.  “Get down!”  The man used a stage whisper this time and motioned to Kelly.  Kelly turned around to look at the stranger in the parking lot again.  Beyond the lightning-man Kelly could see Jim still behind the counter stunned.  When Kelly’s eyes met his Jim realized he could be seen.  He quickly dropped to hide below the level of the glass that covered the whole front of the station.

The lightning-man spoke.  It had the sound of a jet engine but deeper and smoother.  “Do not be afraid.  I have come with good news for all the people of the earth.  Today in the town of David a Savior has been born.  He is the anointed one, the Prince.  This will be a sign for you: You will find a baby wrapped in cloths and lying in a feeding trough.”

Immediately, an army of lightning-men appeared.  They were marshaled behind the first.  They opened their mouths to speak.  Each voice was different.  Every one of them was rich and full.  Some were high most were deep and some rumbled below the threshold of hearing.  In measured unison they spoke, “Glory to God in the highest, and on earth peace to all men and women who please him!”

One by one, like bottle rockets on the fourth of July, each soldier shot into heaven.  Finally, the first lightning-man was the only one left then he too sped away and the darkness returned.  There was stunned silence for a long time.  Jim poked his head above the level of the glass.  Kelly could hear the couple getting to their feet behind him.

The man from the blue station wagon broke the silence, “What was that!”

“That part about a savior, somebody who will bring peace.”  Jim, from the store, and the woman, from behind the station wagon, began walking toward them.  “Why Jim, I do believe that your face is almost as white as that lightning-man’s.”  Kelly noticed that the woman was still shaking but decided not to comment on that.

“What were those things?” Jim wondered.

“Aliens!  I’m sure of that,” said the man.  “Haven’t you seen any of those pictures in the magazines?”

“I think they were alien,” replied Kelly, “but not the way that you mean.  They don’t belong to this earth, I’m sure.  But I think they might have been angels!”

“They couldn’t be angels.”  The woman spoke for the first time.  “They didn’t have wings or anything, and aren’t angels supposed to look like little babies?”

“I don’t know,” said the man.  Everyone could tell he didn’t believe it.

Suddenly a thought struck Kelly.  “They said the Prince was in David.  That’s just a couple of miles from here.  Let’s go check it out!”

So they hurried off and found Mary and Joseph, and the baby, who was lying in the manger.

So many times when we think about Christmas we assign it to a time and place very distant from here.  “Sure it happened, but that was a long time ago, and in a very different world than this.  Irrelevant!” many would claim.  But the fact is that God still breaks into our world.  His angels still proclaim the good news.  And Jesus, the baby in the manger still holds the only hope of salvation and peace with God.  As we contemplate the Christmas season this year let us remember that God wants to surprise us today with the message of his love just like he surprised the shepherds so long ago!

4 thoughts on “The Visitation” 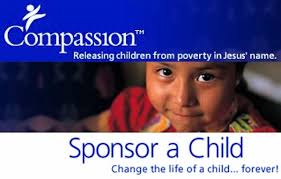